There seem to be two ways of building GTK applications for OS X:

You should now be able to follow the {Dev:Build_Instructions} to compile ETL, synfig-core, and synfig-studio. The only difference, of course, are the prefixes. To make all this easier the building can be done with homebrew. First, obtain secondplanet's fork of homebrew from github:

The other homebrew formulae have not yet been made, also see notes at end of section.

WORK IN PROGRESS:Note though that this isn't the end of the story: we still need to package everything up into an .app so that the more sane of us can run Synfig without having to resort to opening a terminal. Some parts of these instructions are incomplete and are often changing. The package for etl is not pat of the main homebrew fork as of this time, and niether are any other synfig packages. 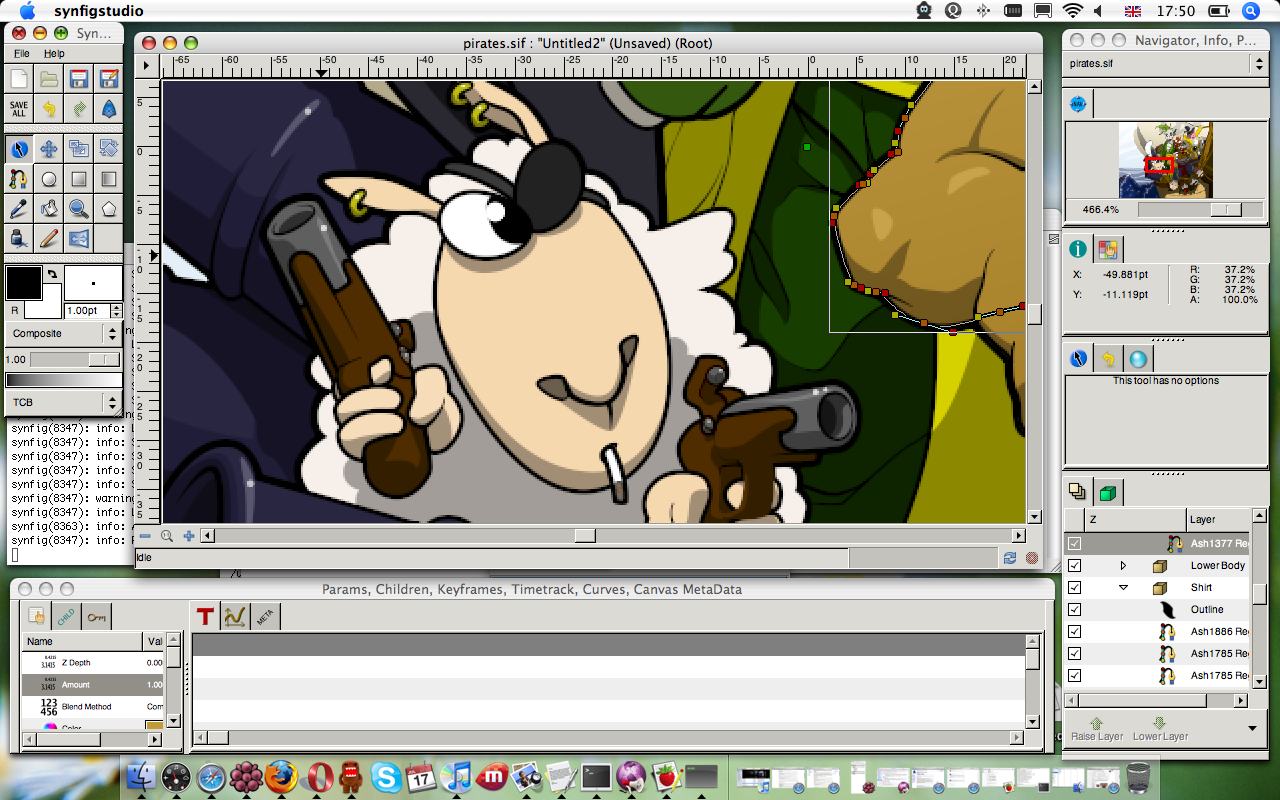 In order to compile synfig for X11, you will need to install gtkmm and libxml++ via homebrew. This can be done as follows:

This will also install all the other dependencies (such as X11), so it make take some time to compile.

You need to set PKG_CONFIG_PATH so that the ETL and synfig-core header files and libraries can be found:

Note though that this isn't the end of the story: we still need to package everything up into an .app so that the more sane of us can run Synfig without having to resort to opening a terminal.

TODO: Describe how to properly package everything into an .app.