It remains more to import 4 designs with our "blue outline" in Synfig and choose the same size of "resizing" (settings > Transformations > scale) for each imported image, then we can add our boy file "walker.sif" to the animated. The boy layers must be laid on the image1 so resize and move until it is just. I put a (quantity) opacity of 0.5 on the image1 to see be sure of the result. I only check the image: blue-layer01.png and the group "walker". 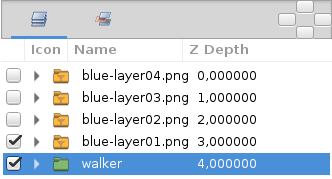 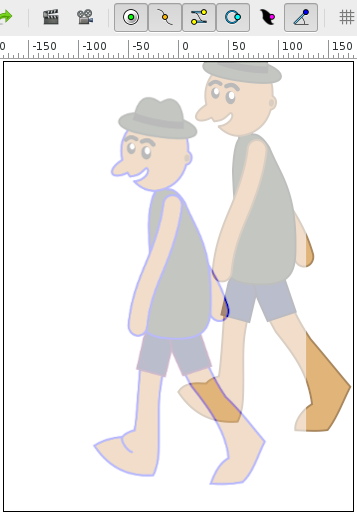 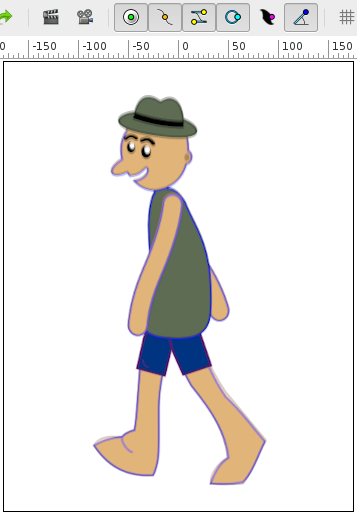 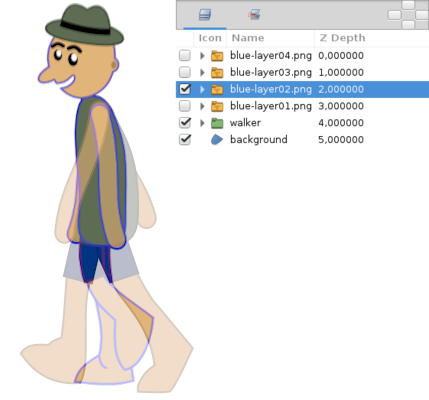 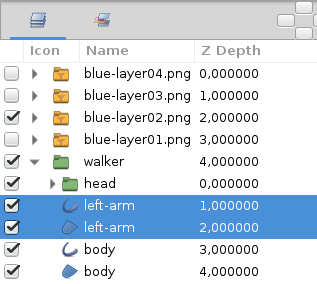 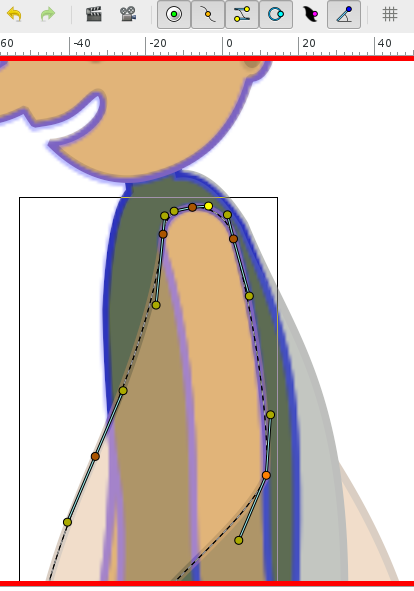