The term multiplane is from when real cameras were used to photograph animation.

It's a technique where you place different parts of the animation scene on glass plates at different height below the camera. When the camera (or the layers) are moved you get pans and tracks with depth and space. (3D)

All circles are of the same size and all is centered in the canvas, not moving at all. The movement and depth is accomplished by moving the main or "camera" layer. 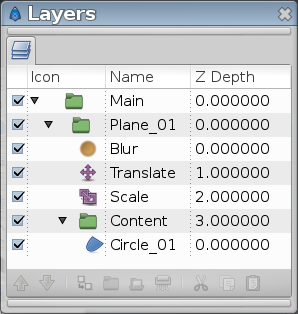 Now we'll want the planes to scale based on it's distance from the camera. We'll use "Z Depth" to decide where the layer is in space.

SCALE-LAYER Select the Scale layer of the plane. 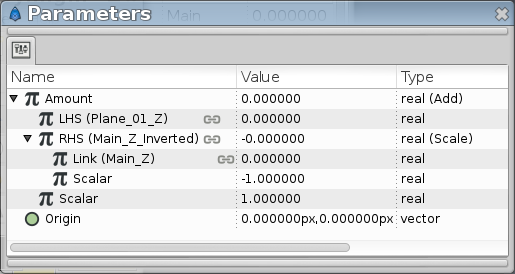 Now the plane will zoom based on it's distance from the camera which is decided by the sum of plane and camera "Z Depth" value. We reverse the number by scalar so it scales in the right direction.

We use a separate Translate layer rather than the Plane "Origin" so that we can still move the plane undependable from the camera move. 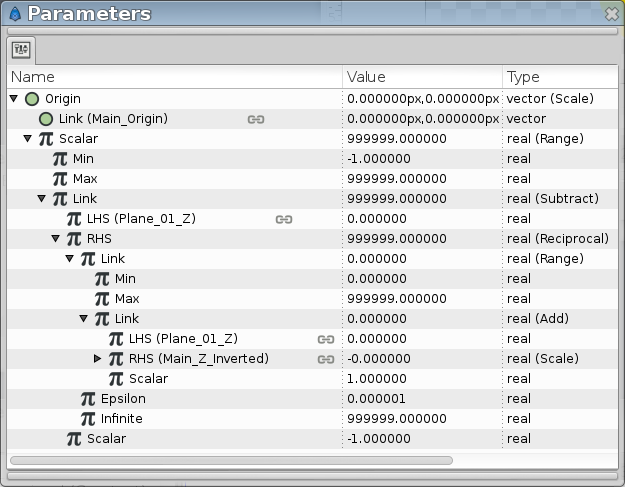 This whole calculation moves the layer more when it's closer to us and less when it's further away, thus creating illusion of depth. 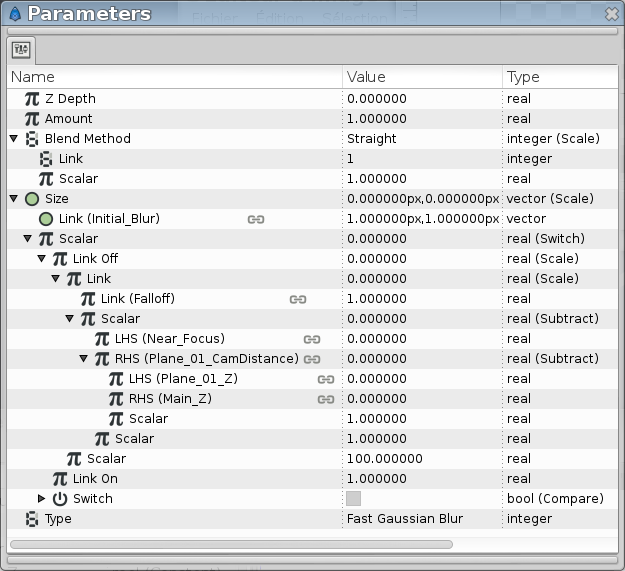 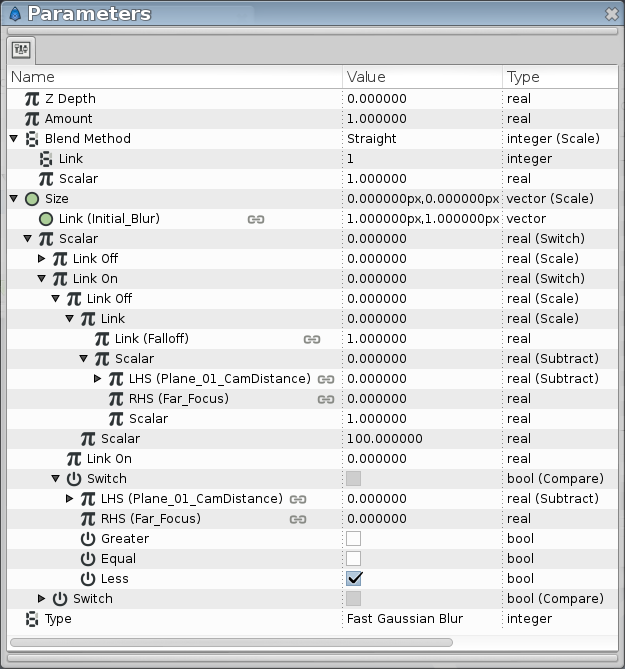 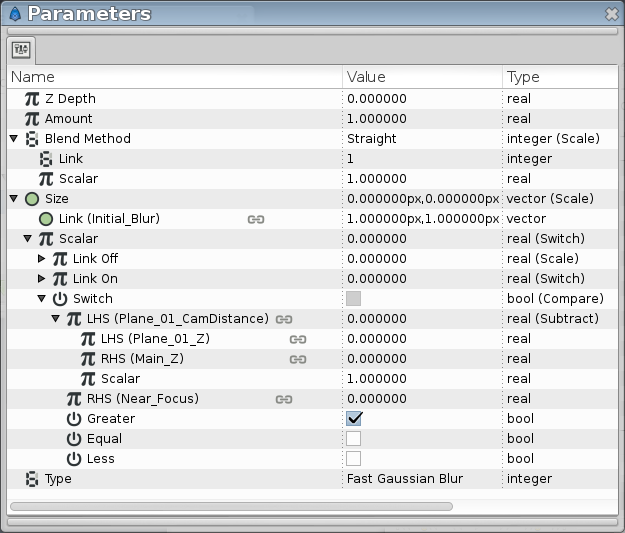 Duplicate the plane as many times as you'd like and go through these steps again.

are moved, scaled and blurred in relation to the camera (MAIN layer) to simulate 3D plane space.

• Translate layer - This is used to move the layers in relation to the camera layer. Once setup you should not manually change anything here.

• Zoom layer - This is used to scale the layers to simulate distance from the camera. Should not be altered after setup.

• Blur layer - This layer blurs the layers in relation to their distance from the camera. It simulates depth of field from different types of lenses.

Here you can alter a few values:

• Near-focus and Far-focus. Objects within this range from the camera (MAIN_Z - plane_Z) is in focus. • falloff - This value sets how fast objects gets blurry when outside the focus range. With a higher value the objects quickly gets blurry when leaving the range and with a lower objects needs to be far away from the range before getting blurry.