Thanks to dooglus convert types (Random, Time Loop and Reciprocal) and the modification he did with the Duplicate Layer now it is possible to create particles simulation in Synfig.

All you need is download the following file and use it as the original of you new animation or as an Imported canvas in an existing animation : Particle v1.0 Template file.

If you import the file you would like to change its parameters. To do that, just export the canvas (right click -> Export) and you can access to the ValueBase Nodes at Library Panel once you open the exported canvas using the Canvas Dialog. Also you can pick up the particle template layer and place it at your own animation canvas level. It will keep the linked parameters to the imported canvas. It would allow interact with the Z depth of the particles easily. 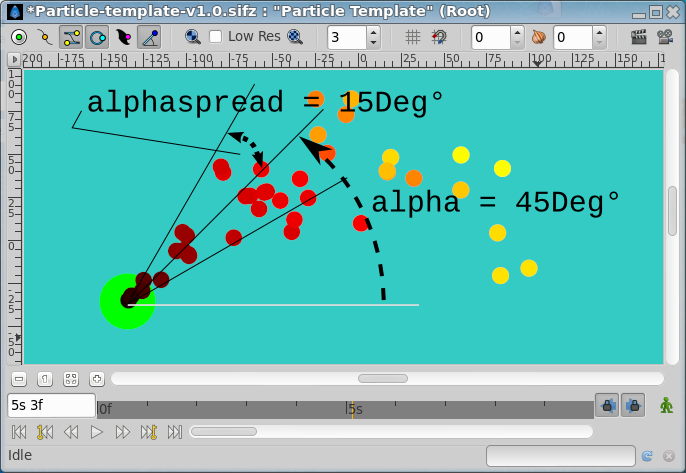